Where do I test? – Testing on your own

As a result, any attempt to prove the durability of products by means of test results issued outside Europe can be rejected easily by every court. For this reason you as manufacturer should purchase products either from importers located within the EU and with substantial test protocols. Or you have to test on your own or have the tests conducted within the EU. 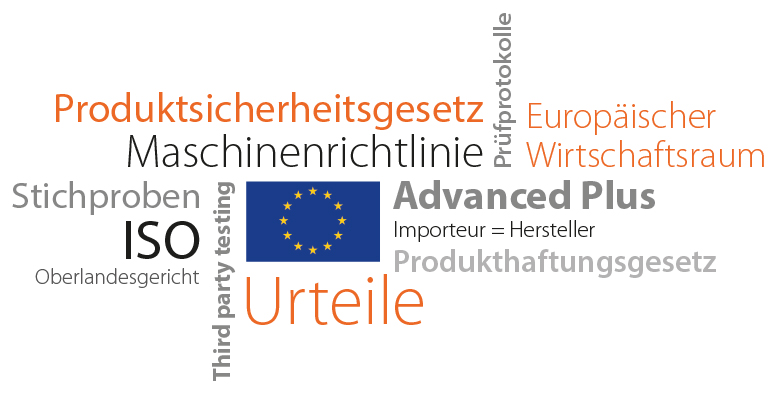 It is a fact that there is no agreement among competitors on the market on how to perform tests: It is generally agreed that alternating loads arise during riding and that forces occur in a nearly randomised manner.

There are two ways of responding to this "tohubohu": in terms of figures and with the lowest common denominator as so-called single-step tests (standards) or in terms of more complex tests, which are, however, more realistic, by time-lapse testing of the loads and forces on the testing system. This is basically more logical: the closer to real-life road or trail conditions, the better.

While changing over to the requirements of the ISO tests, we have been optimizing our subsequent Basic, Advanced and Advanced Plus requirements. Thanks to the progress in testing technology – mechanically as well as in terms of control and regulation – we are now able to test in yet more mixed sequences, that is to say more realistic to your benefit.

You are welcome to visit us and see our testing systems in operation.